When did you become a full fledge fangirl?

I think I was born a fangirl. I don’t know how or when it began, but there are moments of my life that I look back on and it all kind of makes sense. Whenever I started to like something, I go all in.

END_OF_DOCUMENT_TOKEN_TO_BE_REPLACED

If you’ve known me long enough, you know that I have had a love for Jay and Silent Bob for many years – almost as long as the Backstreet Boys.

END_OF_DOCUMENT_TOKEN_TO_BE_REPLACED

If you’ve been visiting this site (and it’s the former incarnation, Boys on the Block), you’ve heard me talk about the documentary by two Australian filmmakers called “I Used To Be Normal (A Boyband Fangirl Story).”

END_OF_DOCUMENT_TOKEN_TO_BE_REPLACED

As a kid, I was a fan of Thor. Why? Mostly because one of my favorite movies, “Adventures in Babysitting,” the young girl was obsessed with Thor so I bought comic books and liked Thor, too.

END_OF_DOCUMENT_TOKEN_TO_BE_REPLACED

How many ways can I say that I love “Love Simon?” Let me count the ways.

1. Nick Robinson. Adorable. Cute. No shame in my game in saying that.

2. Jennifer Garner and Josh Duhamel as parents. Weird for me because Josh is also so hot, but still.

3. Katherine Langford. She stole my heart in “13 Reasons Why” and I’m glad people are seeing she’s a great, young actress.

Okay, there’s really too many ways to count so I’m just going to put it like this – go see it.

Growing up, I had plenty of friends who were in the closet. Some were a little out, but many were way, tucked in there with no intentions of coming out. Granted, I went to high school in the mid to late ’90s and it wasn’t as normal for gay people to be out back then. In fact, in South Georgia, it was almost like a death sentence because people just didn’t understand it, not like they do today.

So I watch this movie and wish that some of my friends in high school could have been like Simon, confident enough that when word comes out that he is gay, he owns it.

And if you think I just ruined the movie for you, I didn’t.

The soundtrack is almost pretty amazing, too.

Just, oh my God. That’s all. It’s like the “Fantastic Beasts” and “Harry Potter” worlds finally collide, even though they already had, but it’s Hogwarts! END_OF_DOCUMENT_TOKEN_TO_BE_REPLACED

Jason Bateman. I have loved him since I first watched him in “Teen Wolf 2,” you know, the ridiculously bad sequel to Michael J. Fox’s “Teen Wolf.” I always thought it was ironic that Jason played Michael’s cousin in the sequel since his sister, Justine, played Michael’s sister on “Family Ties.” END_OF_DOCUMENT_TOKEN_TO_BE_REPLACED

Adam Devine, you know, the guy from “Workaholics” and Fat Amy’s love interest in the “Pitch Perfect” movies, stars in the movie and I think it shows him at his best. END_OF_DOCUMENT_TOKEN_TO_BE_REPLACED

As many people know that have been my friend for at least six years, they know I loved the “Fifty Shades of Grey” trilogy. Sure, the writing wasn’t that of Jane Austen (one of my heroes), but it drew you in and I read all three books in three days. END_OF_DOCUMENT_TOKEN_TO_BE_REPLACED 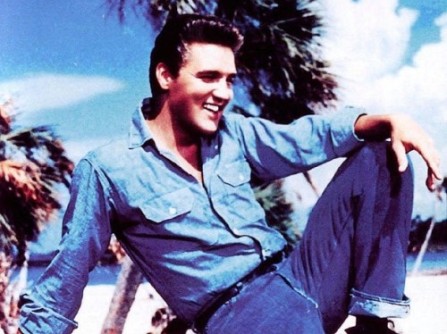 There are a lot of movies that I love, especially ones that star Elvis Presley – today’s Man Crush Monday.  END_OF_DOCUMENT_TOKEN_TO_BE_REPLACED

Finally the last movie in the “50 Shades” trilogy will be released on Valentine’s Day and we’ve got a new official trailer that, well, makes me pretty giddy!

And that ending shocker…. Wow.

What do you think?

I guess in a way, I always wanted to work in celebrity journalism before I even knew that was a thing. As a kid, I loved picking up the National Enquirer or People Magazine. Heck, I didn’t even know I wanted to work in journalism until I fell in love with it during college while working on my college newspaper. END_OF_DOCUMENT_TOKEN_TO_BE_REPLACED

Welcome to BSBFangirls.com, formerly known as The Fangirling Life. Please remember that thoughts expressed here on the blog are those of the author of the blog post.